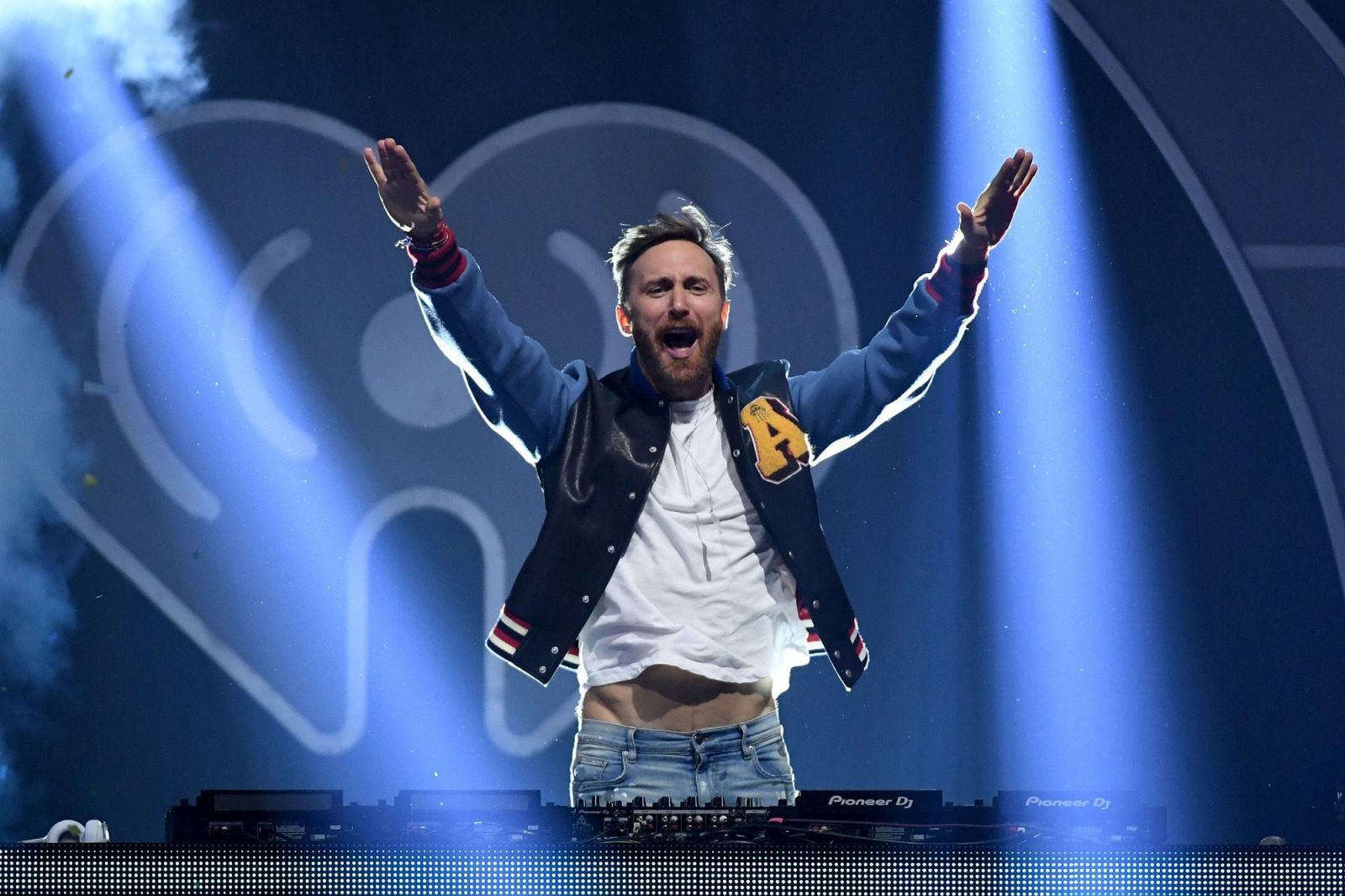 There are artists and entertainers who achieve stardom and popularity, but few have the influence and endurance to redraw borders between genres and reshape the industry's dynamics. David Guetta's boundless creative energy, however, has allowed him to do just that. With his wide-reaching and game-changing approach, he is more than just a DJ and producer: he's made dance music reach the mainstream, fused urban, electronic and pop music into new popular genres, and managed to stay on top of the game for decades. True to his own motto, Guetta's story is nothing short of incredible.

Guetta came up as a promoter and DJ in his native Paris when the 'French Touch' had only just been given to house music, years before the likes of Daft Punk or Justice would go on to popularize the genre. Having discovered house music in 1987, Guetta rose through the ranks of dance music peddling photocopied flyers, organizing parties and DJ'ing wherever he could. It was only after roughly twenty years of hard work, honing his skills behind the decks and in the studio, that Guetta's global breakthrough came.

When Love Takes Over, the first single of his 2009 album One Love, hit #1 in the UK and many other countries; four more singles followed within a year. In the meantime, the Guettaproduced Black Eyed Peas song I Gotta Feeling became a worldwide hit, topping the charts in 17 countries. David Guetta was now officially a household name in pop music -- which he accomplished by fusing previously underground electronic music with urban styles and wellknown vocalists, popularizing an entirely new sound.

Over the decade since, Guetta's success has been off the charts. Globally, he's racked up over 50 million record sales, whereas his total number of streams is over 10 billion. He has received numerous Platinum and Gold certifications, was voted The Worlds No.1 DJ in DJ Mag's Top 100 Poll for the first time in nine years in 2020, named 'EDM Power Player' by Billboard, and won two Grammy Awards out of six nominations. The MTV EMAs have been kind to him too, with awards in 2020, 2017 and 2012 besides eleven further nominations. His iconic status even led UEFA to crown him Music Ambassador for Euro 2016; Guetta composed a theme song and performed on the pitch during the opening and closing ceremonies.

There's no shortage of accolades, then, but what is it about our prodigy from Paris that makes his success so enduring? Besides his hard-won DJ skills, he is prolific in the studio, assuming the role of musical mastermind and creative director. Guetta brings together vocalists and engineers, does a spot of writing and knows what kind of sound to go for. David aims to bring together artists and make music that will conquer the world. Perhaps for that very reason, his list of collaborators is impressive: Madonna, Rihanna, Lady Gaga, Snoop Dogg, Martin Garrix, Usher, Sia, John Legend, Nicki Minaj, Sean Paul, Kelly Rowland, Showtek, Avicii, Ne-Yo, Akon, Afrojack, and Nicky Romero, for starters, but he has also been a keen supporter of lesser-known talent. The likes of Sam Martin, Chris Willis and Romy Dya have enjoyed support from Guetta, showing that he's not just about the A-listers but also about championing hot new names. "Of course it's amazing to work with famous people," he explains, " but the reason behind their fame is their talent. But I also love finding talented people who are not famous, it's equally amazing to put the spotlight on them."

In 2017, the fruits of David's studio labour have included Dirty Sexy Money, IU, Light My Body Up, Helium (Remix), and Like I Do. He remains as diverse as ever; Like I Do, for instance, is a Martin Garrix & Brooks-coproduced four-to-the-floor banger, whereas Helium (by Sia, remixed with Afrojack) is an emotionally charged pop anthem, and Light My Body Up (with Nicki Minaj & Lil' Wayne) drops down into a straight-up trap beat.

September 14th 2018, saw him releasing his seventh studio album titled '7,' a groundbreaking album for the dance music pioneer. With a total of 27 tracks, the double album represents the many different sides of his musical journey. Next to the huge electronic pop tracks, the album also has a second disc of underground dance tracks, recorded under Guetta's Jack Back alias. '7' includes monster hits like 2U with Justin Bieber, Flames with Sia, Don't Leave Me Alone with Anne-Marie, Goodbye with Jason Derulo, Nicki Minaj and Willy William and Say My Name with J Balvin and Bebe Rexha. With a game changing album that touches on many different genres, from dance, urban, melodic songs to reggaetón, Latin, trap, electro house and tech house, David Guetta proves again that he is unique.

The build-up to the new album could not be left unmarked, of course, and David kicked off with a sold-out stadium tour across Europe. This feat comes amidst a number of other remarkable performances, including at the Eiffel Tower (for UEFA Euro 2016), Trafalgar Square (MTV World Stage), Tomorrowland, Ultra Music Festival, and Amsterdam Music Festival. Residencies at Las Vegas and Ibiza -- where his current BIG concept and F*** Me I'm Famous, arguably the most infamous Ibiza night to ever have existed -- round out David's extensive touring schedule. His DJ sets remain popular with crowds around the globe for their high- octane, upbeat energy.

Continuing his unprecedent work ethic, 2019 saw him release many new tracks including ''Better When You're Gone'' with Brooks, ''Stay Don't Go Away'' with Raye, and ''Thing For You'' his power collaboration with Martin Solveig. Meanwhile ''Survivor',' ''Put Your Phones Down'' and ''The Freaks Come Out'' were released under his Jack Back alias, as well as a short documentary in conjunction with Beatport called ''The Road to Jack Back'.'

2020 has been one of the most productive years despite the tour circuit coming to a halt. After amassing 2 billion streams on their previous collaborations, David Guetta & Sia reunited for new single 'Let's Love.' The new single, which was produced and recorded during isolation this year, was inspired to deliver a message of Love and Hope around the globe. Guetta and Danish DJ/producer MORTEN have started a movement in the electronic music scene with their new Future Rave sound. In less than a year since their first collaboration the duo have amassed more than 110 million combined streams, David Guetta and MORTEN's unique co-productions have been on a rapid upward trajectory gaining huge momentum in the electronic dance music scene and beyond. David's performance at the DJ Mag ceremony after being crowned as The World's No.1 DJ, has been called the 'future of DJing' with a full set entirely produced or remix by him. His performance featured a combination of live music and DJing as David Guetta played each song as an original version made by him in his Future Rave sound.

After more than three decades working as a dance music pioneer, it is safe to say that at this stage in his career, David knows exactly where to take it next. He's proven to command the boundless energy required to keep up an extensive gig schedule and maintain a steady stream of releases at the same time. David Guetta is surely not done with showing the world his incredible sound.